Cherish the Ladies – A Celtic Christmas 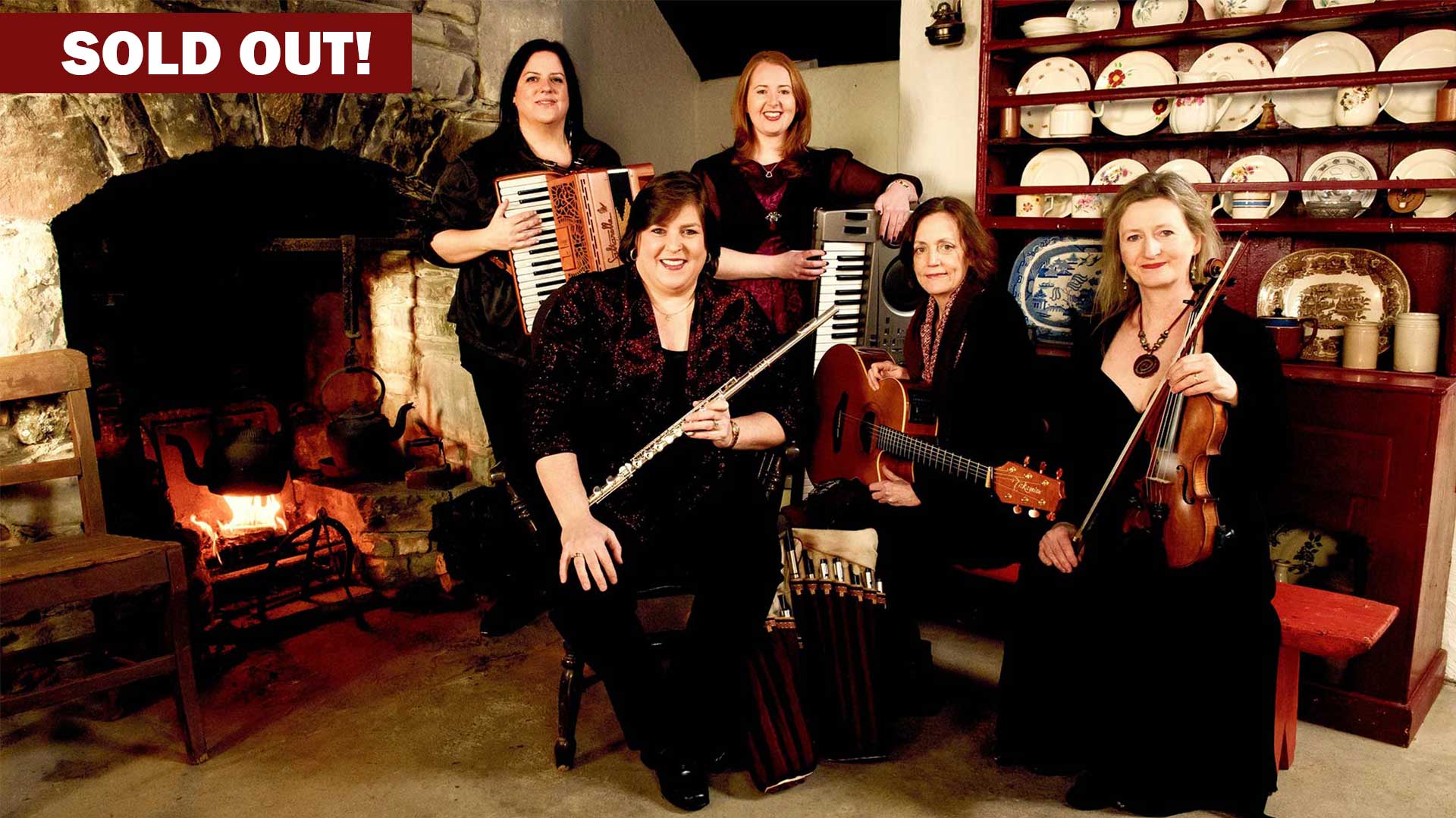 This event is currently SOLD OUT. Please call the Box Office to inquire about Wait List options. 732-255-0500.

About A Celtic Christmas

One of the most engaging and successful ensembles in the history of Celtic music, Cherish The Ladies have shared timeless Irish traditions with audiences worldwide for over thirty years. In their Celtic Christmas program, the Ladies put their signature mark on classic carols such as “O Come All Ye Faithful” and “Silent Night,” in arrangements that highlight the group’s unique Celtic instrumentation, beautiful harmonies, and spectacular step dancing. Hailed by The New York Times as “passionate, tender and rambunctious,” Cherish The Ladies have released three critically acclaimed holiday albums, On Christmas Night, A Star In The East, and 2015’s Christmas In Ireland.

About Cherish the Ladies

Hailed by the New York Times as “passionate, tender and rambunctious,” Cherish the Ladies has released three critically acclaimed holiday albums, “On Christmas Night”, “A Star in the East” and “Christmas in Ireland”.

“It is simply impossible to imagine an audience that wouldn’t enjoy what they do”, says the Boston Globe speaking of Cherish the Ladies, the long-running, Grammy-nominated, Irish American supergroup that was formed in New York City in 1985 to celebrate the rise of extraordinary women in what had been a male-dominated Irish music scene. They have since toured the world, played the White House and the Olympics, and recorded sixteen outstanding albums including An Irish Homecoming, a live recording of their Emmy-winning public television special that aired across the United States and Ireland.

Under the leadership of the dynamic and irrepressible flute and whistle champion Joanie Madden, these ladies present a spectacular blend of virtuoso instrumental talents, beautiful vocals, captivating arrangements, and stunning step dancing. Their continued success as one of the top Celtic groups in the world is due to the ensemble’s ability to take the best of Irish traditional music and dance and offer an immensely entertaining package.

The New York Times calls their music “passionate, tender, and rambunctious,” and the Washington Post praises their “astonishing array of virtuosity.” The band has won recognition as the BBC’s Best Musical Group of the Year and was named the Top North American Celtic Group by both the Irish Music Awards and NPR’s Thistle and Shamrock—not to mention having a street named after them on the Grand Concourse in the Bronx: Joanie Madden and Cherish the Ladies. Over the course of thirty years, the Ladies have performed at thousands of concerts and collaborated with such notable musicians as the Boston Pops, the Clancy Brothers, the Chieftains, Vince Gill, Nanci Griffith, Pete Seeger, Don Henley, Arlo Guthrie, and Maura O’Connell. They have also been the featured soloists in over three hundred performances with various symphony orchestras.

They are in constant demand all over the world as their reputation and the admiration from both fans and critics alike continue to grow. Their name may come from a traditional Irish jig, but after three and a half decades, they have proven that the jig is not up and they are blazing forward into another decade of music making.

“Cherish the Ladies has been a leading group in the Irish traditional world for more than a decade… It is simply impossible to imagine an audience that wouldn’t enjoy what they do.”

“The five women who form the Celtic band delivered a thoroughly engaging performance brimming with spirit, with and soul.”

“Expands the annals of Irish music in America . . . the music is passionate, tender, and rambunctious.”