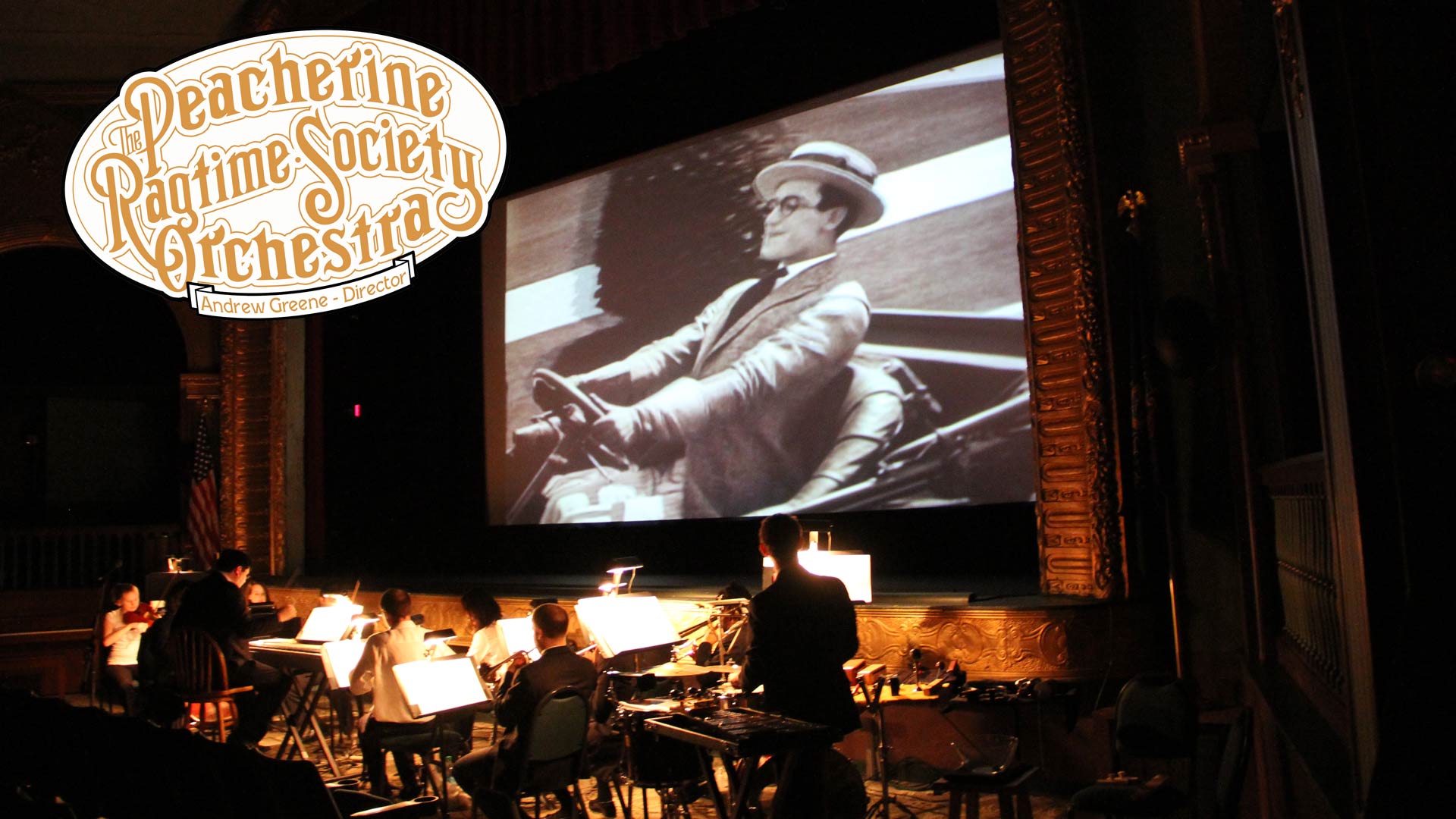 Join the Peacherine Ragtime Society Orchestra for a musical time machine back to the fun and excitement of the early 20th century. Tap your feet to the syncopated stylings of the early 1900s – from tongue-in-cheek vocal numbers to the classics of Scott Joplin and George M. Cohan, and even pop favorites by The Beatles. Watch classic silent films underscored by a live twelve-person orchestra with live music and sound effects! It’s a program sure to make both young and old smile from ear to ear. Grab your bowler hat and suspenders, park your Model T down the street, and enjoy a trip back in time with Peacherine!

The Peacherine Ragtime Society Orchestra (PRSO) is the leading professional ragtime orchestra in the United States. Under the direction of virtuoso Andrew Greene, PRSO recreates the syncopated stylings of a bygone era – Ragtime, Theater, and Dance music, along with underscoring classic silent films using an immense archive of over 15,000 original orchestral scores.

A crowd favorite while performing at venues from The Kennedy Center, The Library of Congress, The American Film Institute, historic theaters, major performing arts centers, universities and more across the United States… PRSO is also a favorite on radio stations everywhere!

Their programs highlight the music of the late 1800s and early 1900s, with selections by composers such as Irving Berlin, George Gershwin, W.C. Handy, Eubie Blake, George M. Cohan, and of course, the King of Ragtime, Scott Joplin. Their silent film programs feature the biggest names of the day (Charlie Chaplin, Buster Keaton, Harold Lloyd Laurel & Hardy, Douglas Fairbanks, and more), and have earned them worldwide recognition and fame.

Peacherine records for Rivermont Records (www.rivermontrecords.com), whose recordings on CD and vinyl have been praised as “first class”, “wonderful, toe tapping fun”, and “the most satisfying ragtime orchestra collections available.”